A broad dream of research scientists is to harness quantum phenomena to improve human technologies. Scientists have been trying to use quantum mechanics to revolutionize computers for decades. Classical computers rely on bits to encode and transfer information. Each bit can adopt two possible states: zero and one. When many of these bits are interconnected into a vast network, together they can describe and manage the complex information that we use to explore the internet, write in word-processing software, and create digital art.

In contrast to classical computers, the bits used in quantum computers (named qubits) can adopt far more configurations than a simple zero or one. This property of qubits is enabled by coherence, which can be thought of like the various configurations that a crowd singing together at a concert can adopt.  Qubits can still assume zero or one states, but  through quantum coherence, they can also adopt what is known  as a  superposition of these two states. This means that at any particular moment, the qubit may represent a mixture of both zero and one states. 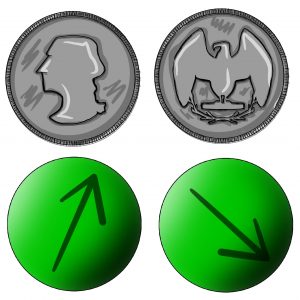 You can think of a classical bit as a coin. When you toss it, you get either heads or tails. A qubit has more states than that. You can think of it as a ball with an arrow in it. The arrow can point any direction, because the ball can roll in any direction. You can visualize how many more options quantum computers give by thinking of these balls floating in water, all the arrows pointing in different directions, not just up or down.

By employing quantum coherence to encode and transfer information, computers using networks of qubits are predicted to outperform current computers in almost unimaginable ways. For example, Google reports that their quantum computer is more than 100 million times faster than any classical computer it has. These quantum computers are better than the best supercomputers.

Though quantum computers are theoretically possible, realizing this technological dream remains far from reach for day to day use. Unfortunately, very few materials satisfy the criteria necessary to be qubits. And  qubits are extremely fragile, especially when they are part of a larger network.

The Center for Synthesizing Quantum Coherence (CSQC) is interested in addressing this complex problem from the bottom up, starting at the fundamental characteristics of efficient qubit materials.

The “spin” property of electrons is a promising candidate for practical quantum computations because electron spins and their coherence can be manipulated in many different ways. The CSQC is particularly interested in controlling electron spins using tunable molecular architectures, such as scaffolds of molecules, as well as programmable pulses of microwave radiation.

By unifying synthetic design, advanced experimental probes, and exquisite theoretical models, the CSQC is striving to understand coherence first in rationally designed electron spin qubits, then to use this knowledge to guide material design. We hope to achieve qubits with tunable and robust spin coherence properties.