Imagine it’s a Friday night and you’re waiting eagerly for your very first in-person concert. The lights dim and excitement flows through the crowd as the band springs right into a famous hit song. The lead singer starts to sing, but when the band gets to the chorus, she holds the mic straight out to the audience. Being passionate fans, all members of the audience know the words to the song, but the collective voice of the crowd coming through the speakers sounds garbled and incomprehensible. It appears all the attendees are out of practice singing along. 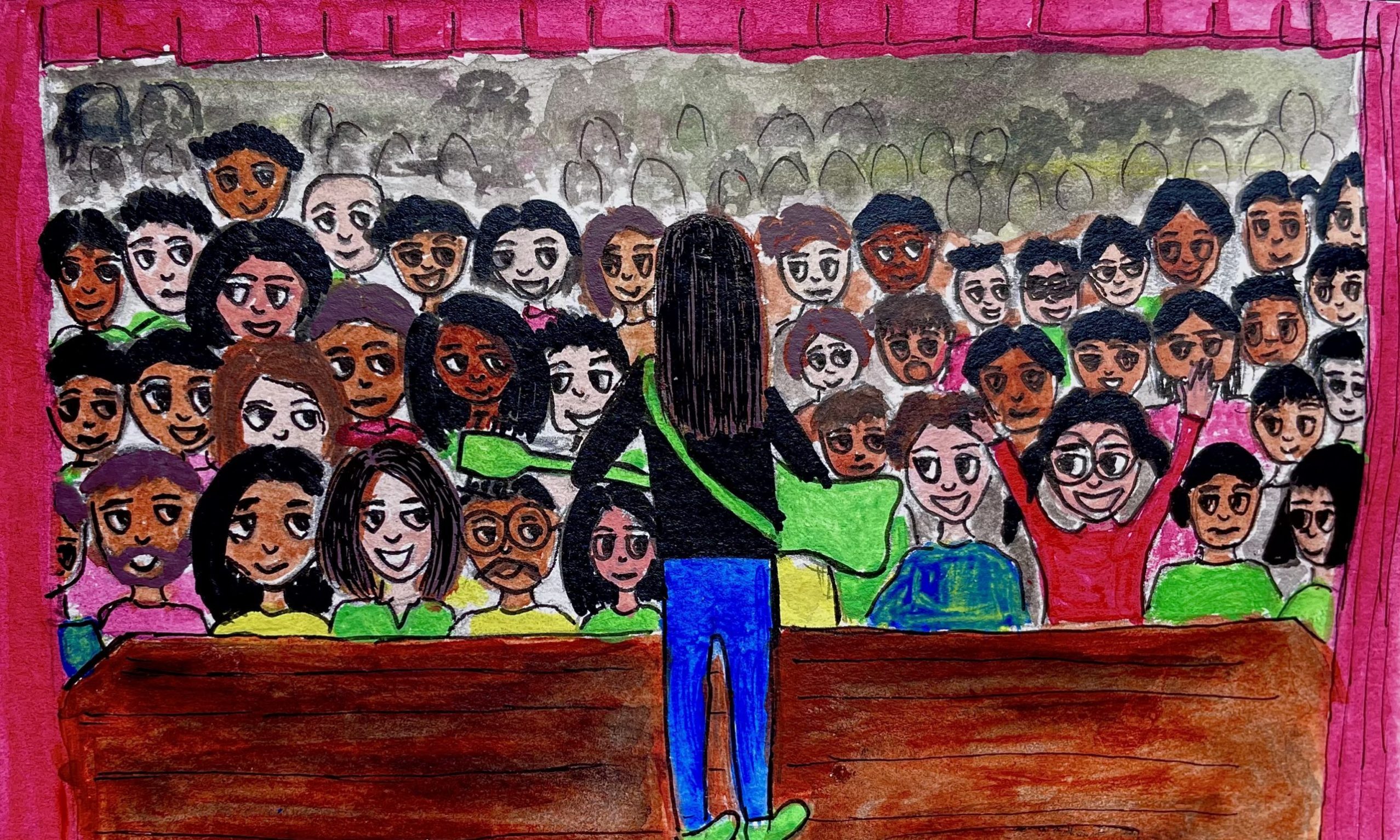 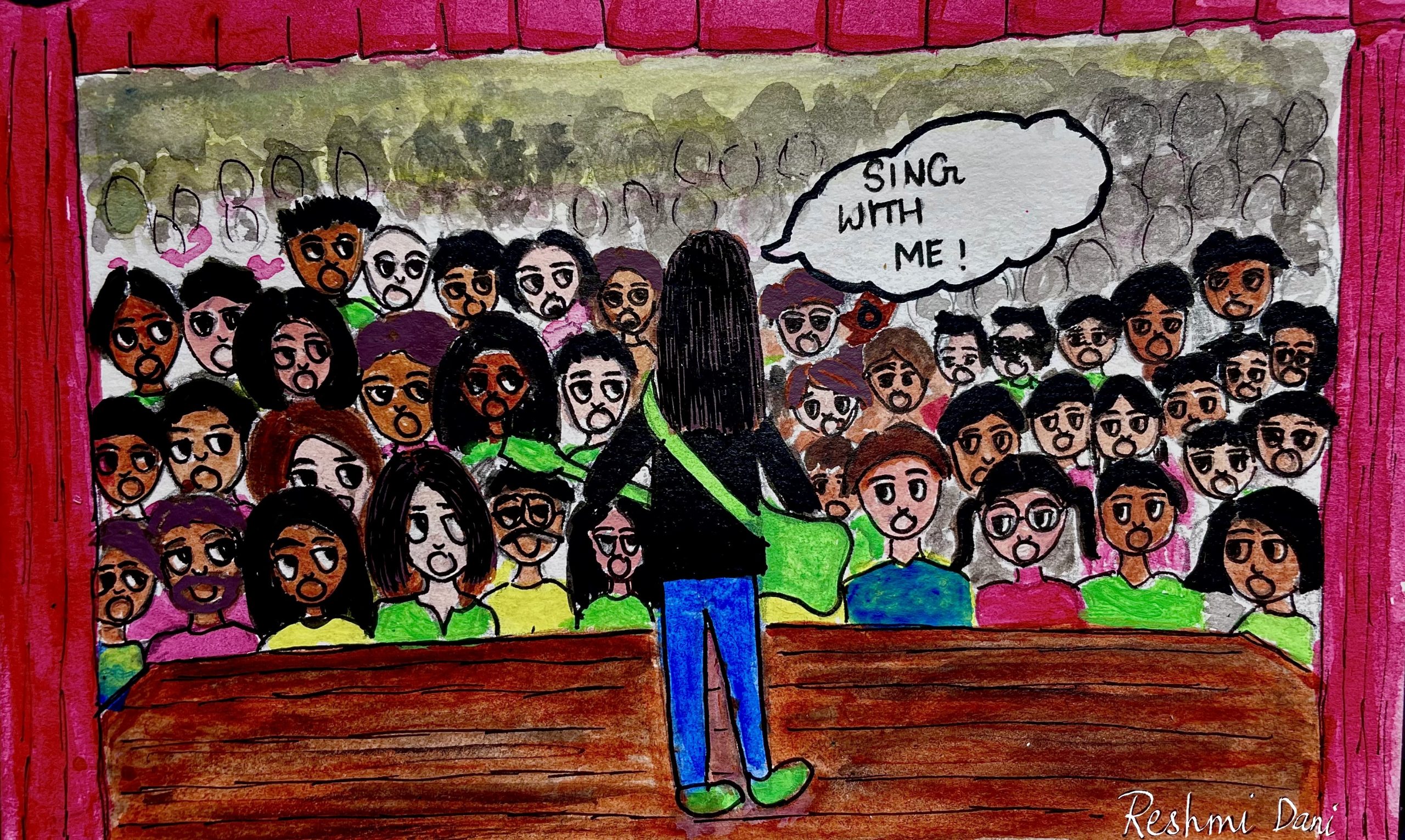 Why did this happen? Well, not everyone in the audience will start singing at the same time and with the same pitch and pace. However, what if the singer counted down from four and the audience all started singing the same line at the same time? You can imagine how much easier it would be to understand the lyrics and how much louder it could get! This is the idea behind coherence. Rather than a jumbled mess of voices, the speakers would output the pristine vocals and discernable phrases of the chorus!

We all experience the concept of coherence in our daily lives. There are many deﬁnitions of coherence in the scientiﬁc community, but coherence is often said to play a role whenever two or more organisms, sounds, motions, signals (the list goes on and on) are synchronized with each other. In our experience, we know coherence to be a convenience, which facilitates communication with each other and our interaction with the world. 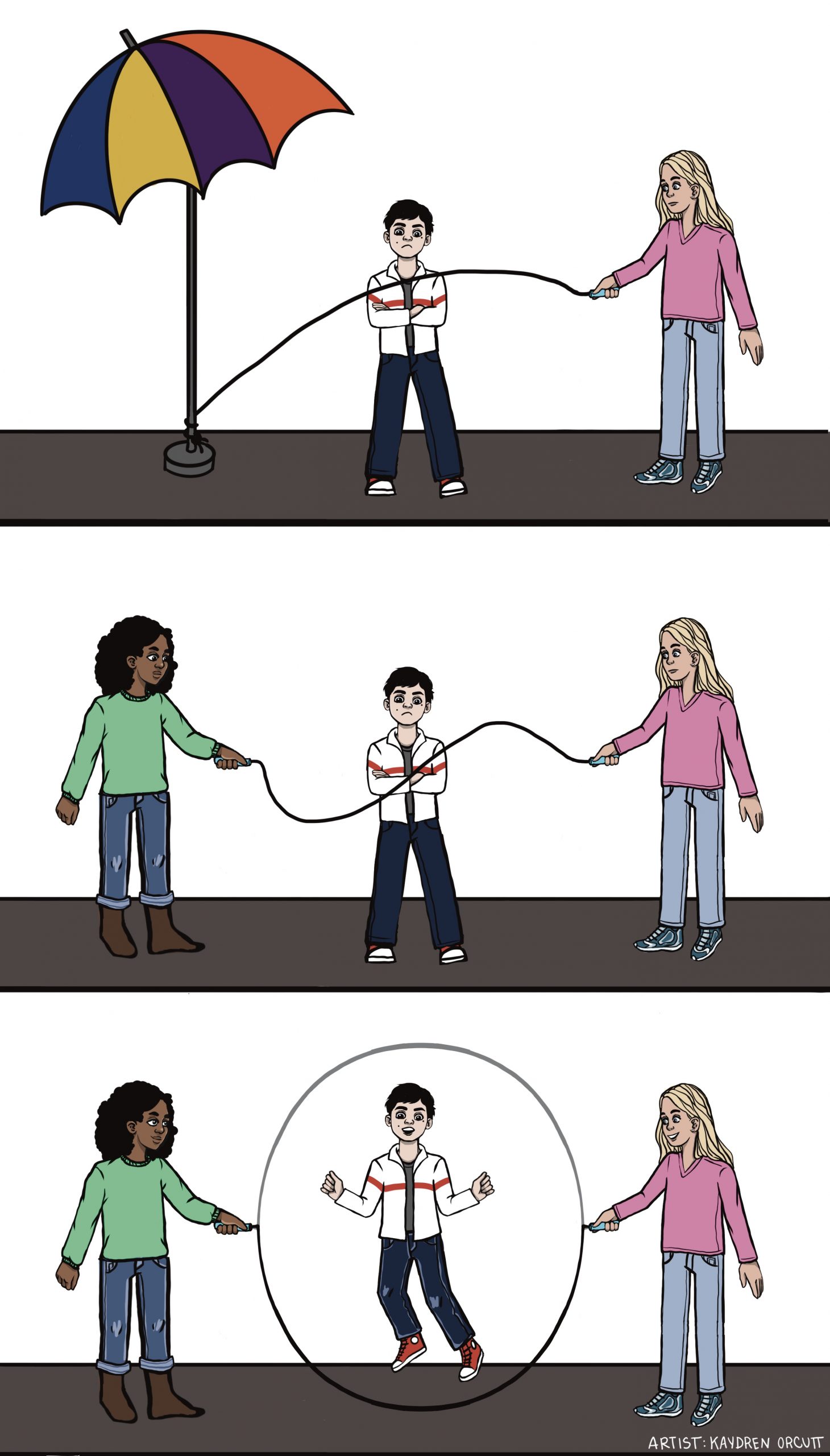 How might coherence help us? Let’s use an example. Noah and Olivia want to jump rope outside. There are only two of them, so they tie one end of the rope and Olivia tries to turn the rope for Noah to jump. However, the rope

When Olivia and Emma are swinging the rope at different times, they are out of phase and the rope doesn’t get any easier for Noah to jump. Similar to the concert example, the two kids are not in sync. The effect on the rope is known as destructive interference, i.e. the rope doesn’t get as high or as low and can’t be used for jumping rope. However, when the two kids are working together and swing the rope in sync, they can get the rope high (constructive interference) and the rope is higher than when Olivia tried to swing the rope by herself. This is an example of how coherence can solve a real-world problem.

What if we extrapolate this reasoning to the molecular level? Researchers in the Center for Synthesizing Quantum Coherence (CSQC) are exploring this very question.